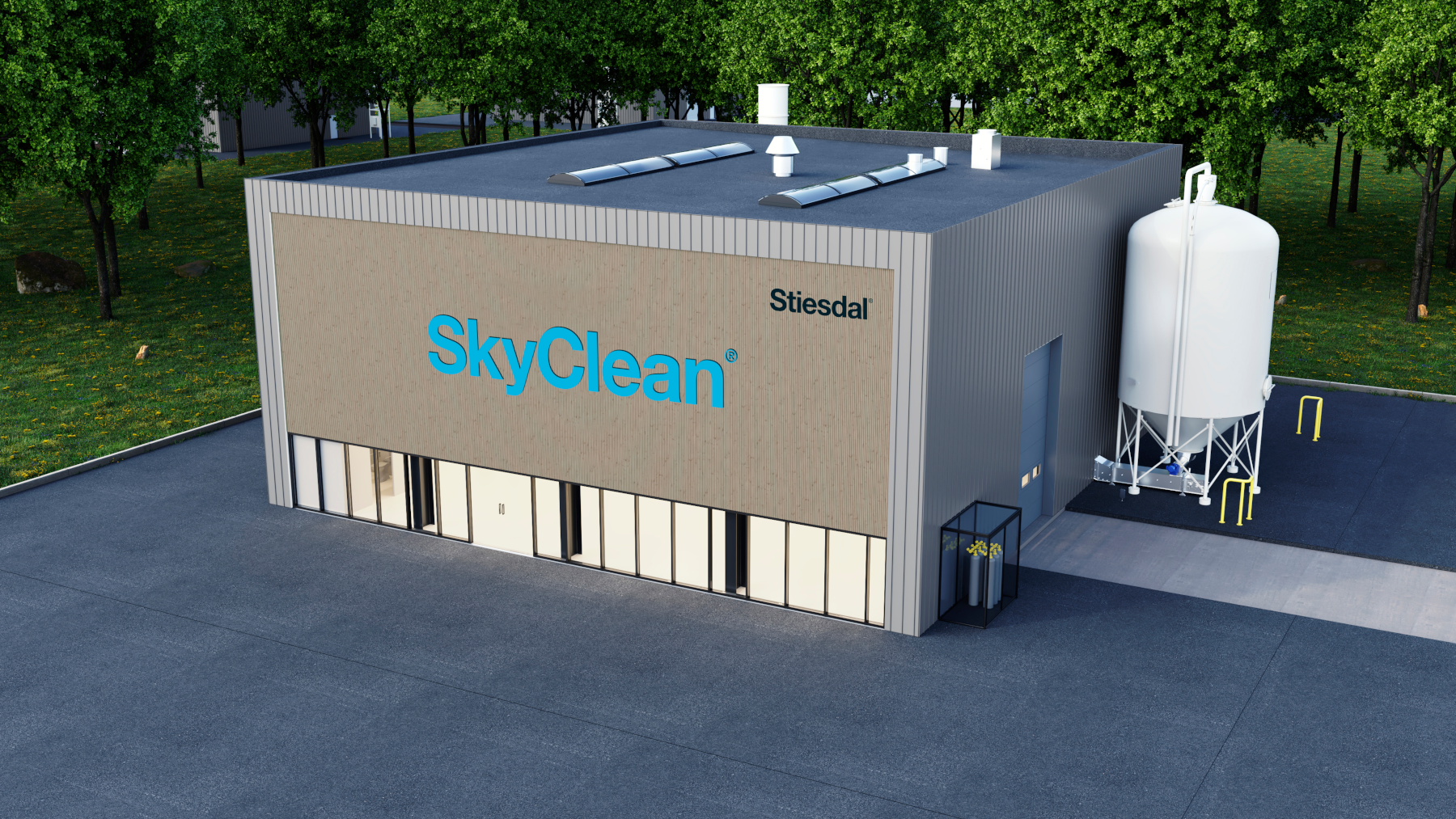 The SkyClean technology combines biofuel production and carbon capture and storage. It is an integrated solution to three major climate change challenges on a global scale:

The core of SkyClean is a pyrolysis process in which organic waste from agriculture and forestry is converted into biochar, gas, and oil by heating to a high temperature without the presence of oxygen.

Dry plant material typically contains approximately 50% carbon that the plants have extracted from the atmosphere in the form of CO2. All the carbon in waste from agriculture and forestry thus also comes from the atmosphere. This applies regardless of whether the waste is purely plant-based or whether it is waste from livestock or the food industry.

In the pyrolysis process, half of the carbon in the waste is converted to biochar, while the other half becomes oil and gas. Biochar is a stable material that only decomposes very slowly, and the half of the carbon that turns into biochar is effectively removed from the atmosphere.

The half of the carbon that does not turn into biochar comes out of the pyrolysis process as gas and oil. The gas can be used as fuel in the heat supply and in industry, and the oil can be refined into fuel for the transport sector.

The fuel production aspect of SkyClean adds very valuable revenue streams, in the essence funding the carbon capture and storage.

The SkyClean process has been tested with a large number of trials on a 200-kW plant set up at Risø Campus, Danish Technical University (DTU).

A 2 MW intermediate stage pilot plant with full automation is under construction in 2021. Here, all stages of the overall process will be tested and optimized before the establishment of a 20MW demo plant, which the Company hopes to be able to start construction of in 2022.

In a Danish context, SkyClean has the potential to provide a reduction of 12 million tons CO2 equivalent for Denmark.

Among the wide variety of current and proposed carbon capture and storage (CCS) technologies, biochar production from sustainable biomass has several advantages: 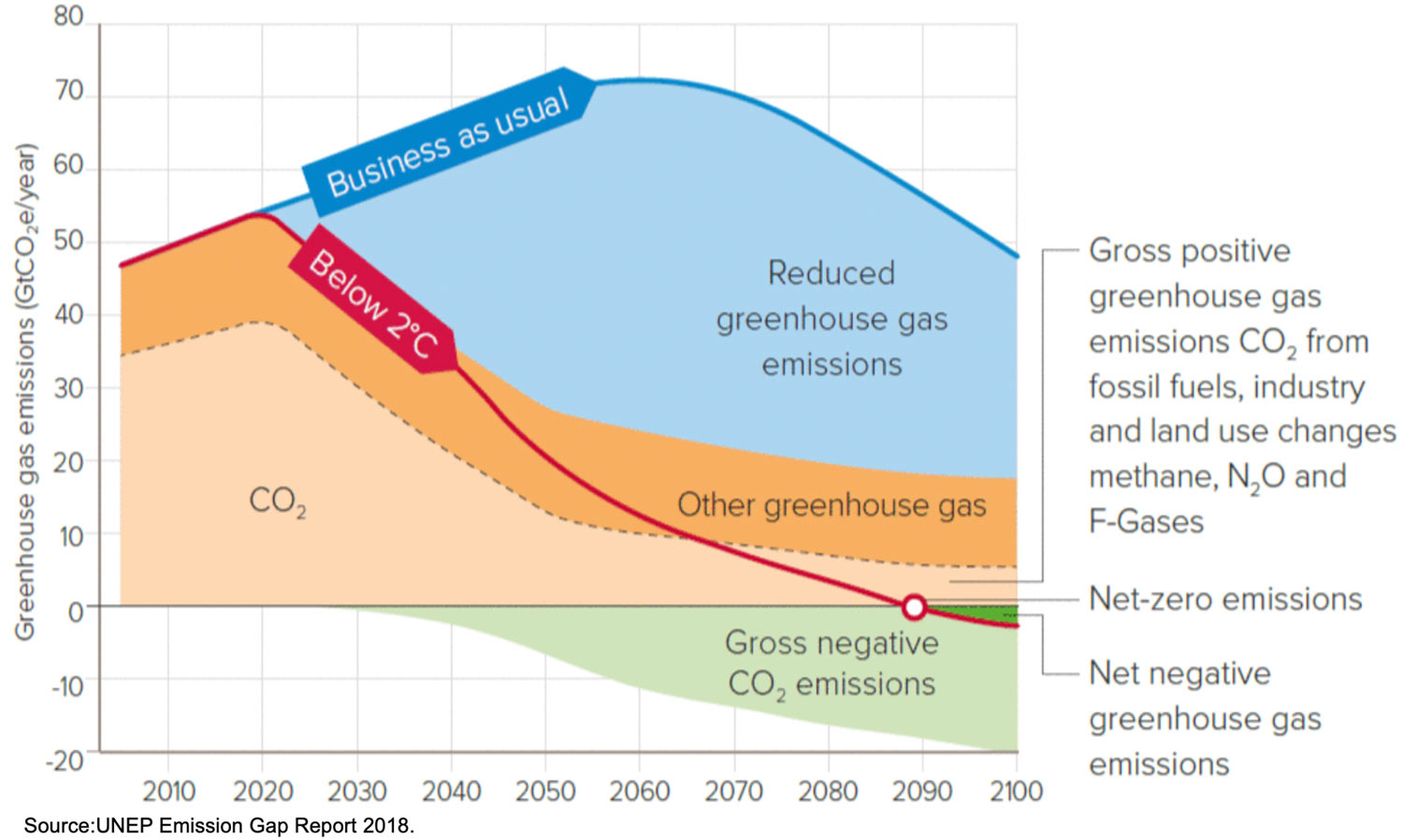 The minimum amount of CO2 that will need to be removed from the atmosphere, in order not to breach the maximum allowance of atmospheric CO2 specified by IPCC, will be on the order of 10 gigatons or more per year from 2055 onwards.

At Stiesdal, we are committed to contributing to climate change mitigation and to help humanity avoid catastrophic effects of climate change. The SkyClean technology is one our most important contributions, since we know that it is not enough to cut emissions. To stay below 1.5C warming, excessive carbon needs to be removed from the atmosphere. Consequently, there is a need for large-scale application of carbon-negative technologies like SkyClean.

Among carbon negative technologies, atmospheric clean-up through biochar sequestration stands out as a safe, cost-effective, and technologically feasible solution.

With its industrialized, relatively low-tech scalable approach, the SkyClean technology represents a carbon capture and storage technology with high impact available for both developed and developing economies.

Sharing:
Copy link to this page

SkyClean is a game-changing technology for agriculture